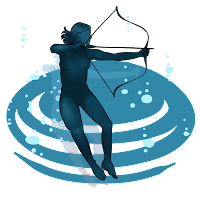 Here’s a sports trivia question for all our athletically-inclined readers:

What do the Dallas Cowboys, the Golden State Warriors, the Chicago Cubs, The Manchester United Football Club, and Michael Phelps all have in common?

You might see this lineup and think “well, the ‘92 Dallas Cowboys won the Superbowl that year, the Golden State Warriors won the NBA Finals in ‘14, the Cubs made history when they won the 2016 World Series, Manchester United is one of the most honored Football Clubs in the world, and Michael Phelps has won more gold medals than any other Olympian in history! They’re all winners!”

But that’s not all they have in common: b>they also all used float tanks.

They weren’t alone, either: the New England Patriots, UFC Hall of Famer Royce Gracie, the Chicago Bulls, Olympic Gymnast Aly Raisman, the Philadelphia Eagles, Olympic Gold Medalist Carl Lewis, The Detroit Pistons, as well as literally hundreds of other professional athletes have incorporated floating into their training and recovery programs throughout the years.

Floating is one of the best kept secrets in high-performing athletes and there’s some interesting research that helps explain why.

If someone told you that laying in the dark on a bed of saltwater could give you superhuman strength or speed, would you believe them? It may not be as far-fetched as it sounds.

One study found that high-level athletes who have plateaued – those who don’t see any additional benefits from more training – would see an improvement in performance after floating in conjunction with visualization techniques, even without additional training.

Put another way, athletes were able to increase their peak performance just by floating before competition. A follow-up study not only confirmed this result but also showed that floating multiple times between games led to significant improvements over a single float!This demonstrates something that most floaters already know: the more you float, the better it is for you.

While the benefits described above could be explained as a side effect of stress reduction, there’s more to the story of the impact on floating in physical performance, certainly not enough to explain why floating has been so popular among high-level athletes.

Building off of earlier research, scientists in recent years have started using biometrics to see what’s happening to athletes who float on a physiological level. A 2013 study looked at the effect floating has on lactic acid build-up.

Lactic acid is associated with that post-workout feeling of tightness in your muscles that causes your body to stiffen and get sore. Professional athletes are always looking for new ways to reduce the amount it builds up during a workout to maximize performance.

What they found was that floating after exercise showed a 62% reduction in lactic acid buildup on average compared to the control group.< Participants also reported feeling less pain and were back at peak performance sooner.

A follow-up study in 2016 was able to replicate this effect with a larger sample size over 9 different sports. Not only were they able to replicate the lactic acid reduction, they also found a significant reduction in muscle soreness and improved mood and reduced fatigue in those that floated.

Looking at the Whole Picture

When you take all of these effects together, you can start to see why floating has been one of the best kept secrets of successful athletes. When you take into consideration the stress reduction benefits as well, you can see how floating might help them be at the top of their mental game in addition to their professional one.

The best part about all of this? Floating is helpful for athletes at every level. You don’t need to be an Olympian to see the benefits of floating in your exercise. It can be a nice way to cool down after a jog or help you recover after playing in a local league game on the weekends.